The Importance of Ongoing Care and Support (for guitars and people) 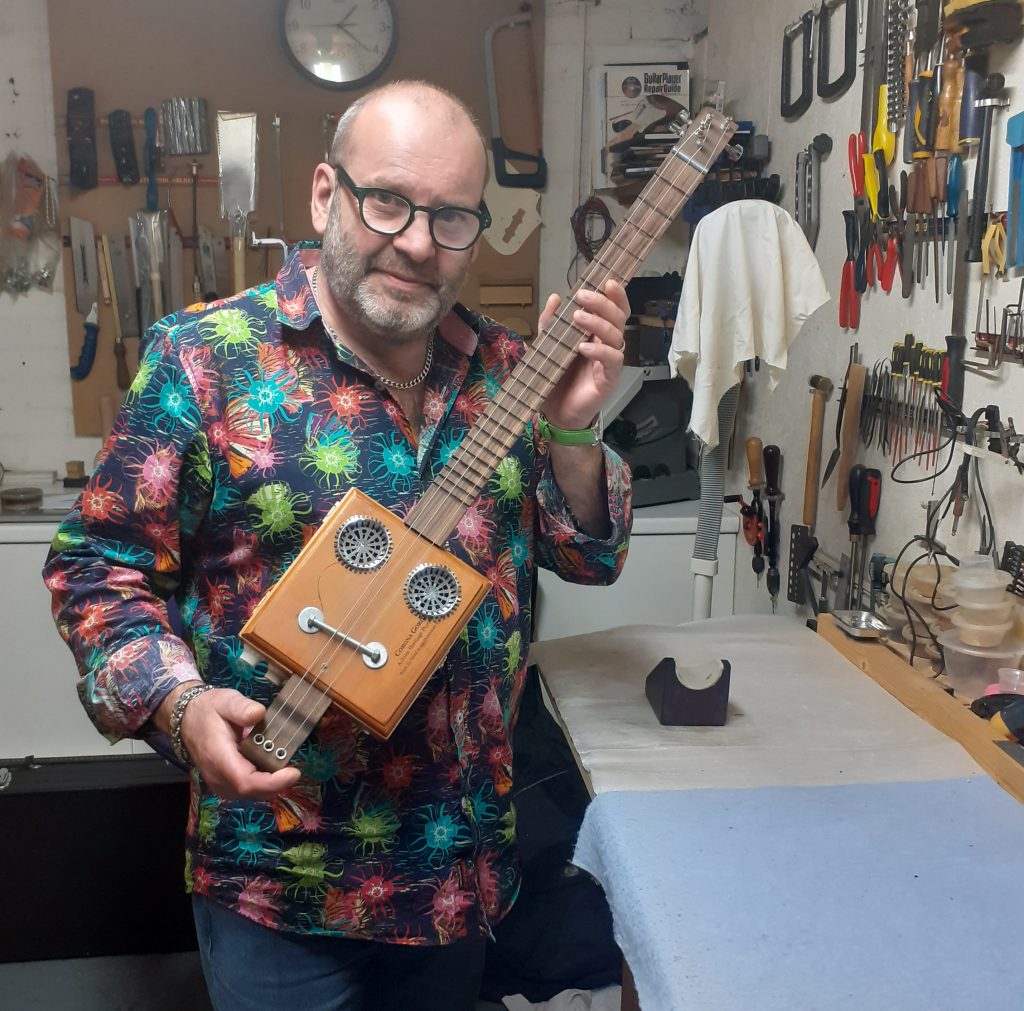 I always dreamed of building a guitar.

Unfortunately, I was an alcoholic and these dreams only achieved reality in fantasy. Evidenced solely by a growing collection of empty bottles.

Too frightened that the result would serve no purpose other than to evidence my failure to actually achieve anything.

In early sobriety, I joined CARDS as a volunteer. Trust was placed in me and I grew. Emotionally, spiritually and competently. I believed myself capable of doing all those things I’d denied myself. And I built my first guitar…from junk.

It wasn’t great but it existed and I penned this to store inside it, to explain its value to anyone who wondered about it.

“An old guitar with a broken neck, found in a skip.
An old box used for storing junk.
An old piece of door frame left over from a repair.
Some old 6-inch nails, rusty and forgotten.
Unused strainers that lived for years under the sink.
A few nuts and bolts from the garage floor.
A useless collection of random worthless bits.
However, with patience, vision, and care, the odd setback and change of plan, even these things can become something of joy and purpose.  A wee bit like people don’t you think?”

The guitar was stored away to be used as a prop for presentations. A metaphor for how the CARDS service works to help rebuild the esteem and self-worth of its clients.

Unfortunately, the envisioned events never materialised, and the guitar was forgotten.

We recently vacated our old office and moved to new premises and the guitar was rediscovered. On the surface, it seemed much the same as it had been before it had been put aside. However, on closer inspection…

The wood had all dried out and cracked.
The neck had bent.
The strings had rusted.
The tuners had seized.
The frets so lovingly made out of old nails had popped out and been lost.
Dust had penetrated so deep into the wood that it would have to be sanded clean and
All the glue had just given up.

In addition to being forgotten about it had not had any maintenance and once the deterioration began this purposeful creation, once capable of so much was as worthless and useless as the random components it was constructed from.

I see this as a metaphor for ensuring that every organisation has access to long-term funding because, yes, investing in people with the skills to make or repair broken things (or people) or to repurpose what others see no value in does work however, that funding has to extend to longer-term maintenance as without maintenance all things break.

And whilst broken they serve no value.

We find ourselves right back at the beginning.

“How do you hurt a person that has lost everything? Give them back something they cherished, broken”.